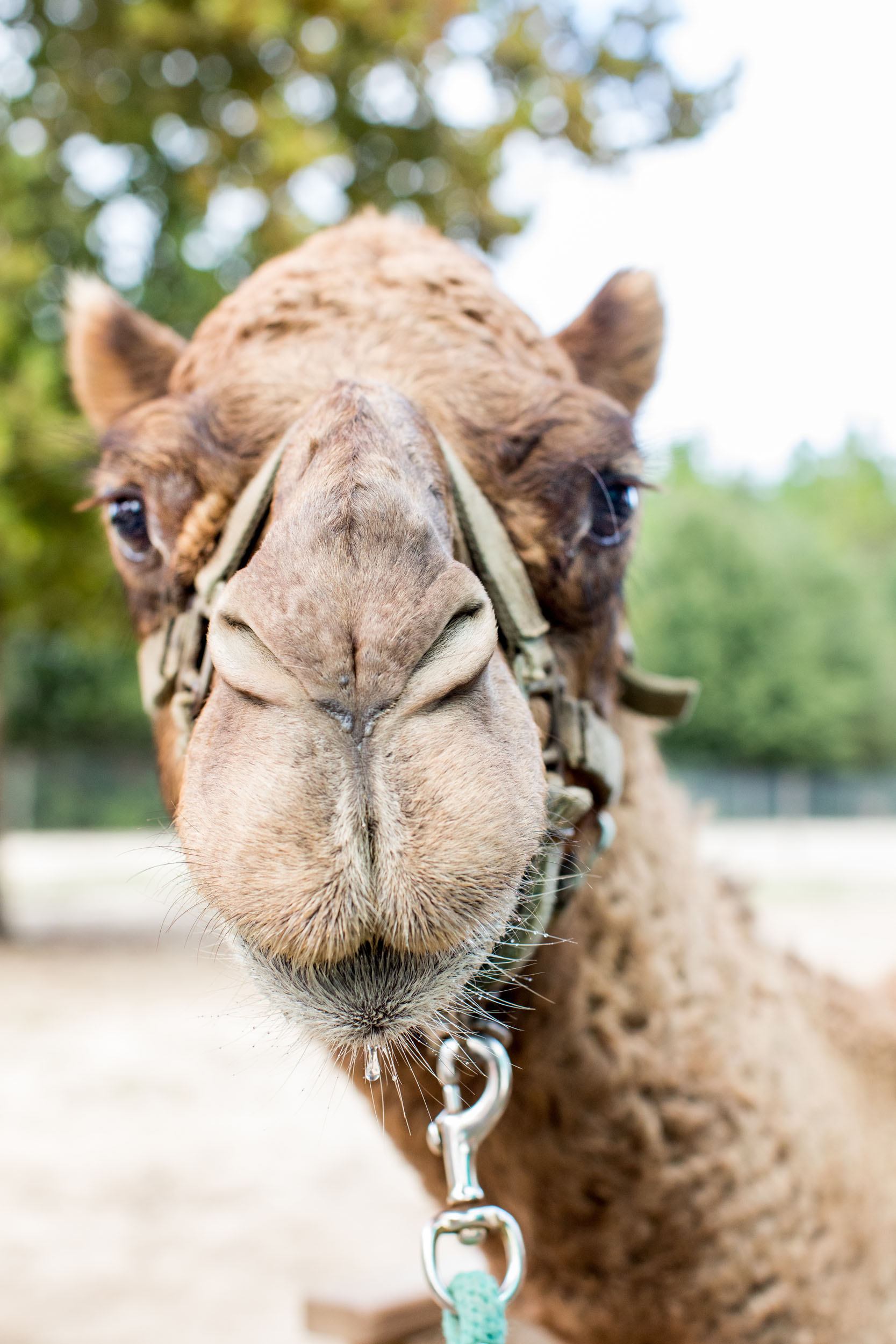 I didn’t know that kissing a camel would be on my bucket list. However, I do know that having an image on the cover of National Geographic, going on a safari photographing animals in the wild, and interviewing a top National Geographic Photographer for my #PeopleOf podcast is. It’s funny how it really works, if you just put your list of bucket dreams out there, God and the universe work together to put you closer to making those things happen. It’s about having a goal and acknowledging what that goal is, I truly believe.

I met Tara and her family in Nashville through a unique photo-shoot.  Quite different than the one this week, Tara had asked me to photograph the birth of her son, Sonny.  Which is another story entirely!  As I’m sure you can imagine, through that experience I had the opportunity to get to know Tara and her family very well! In addition to being the best mom to Sunny and supportive wife to her hard-working Military husband, Tara has a dream of helping endangered animals with conservation support.  A few weeks ago she asked if I would come and photograph her with the animals she takes care of at the zoo in Crestview, Florida where she works, Emerald Coast Zoo

While my job that day was to photograph Tara with the animals, I didn’t know that additionally I would become friends with a couple of “drama llamas” and that I would have an opportunity to photograph (and be scared of) an alligator.  I had no idea that lemurs would become my favorite new animal even after they jumped on my head and scared the bejeezus out of me while photographing! I didn’t know that I would see goats on teeter totters, and the most hilarious, unexpected adventure would be to kiss a camel. I mean, come on! Who kisses a camel in their lifetime?!
I also met the most amazing people, Sara and Rick. Tara had told me how awesome they were and how they have devoted their entire lives, heart and soul into creating this magical zoo for families to come and get to know wildlife with their children and friends. Sara and Rick are so passionate about these animals and genuinely excited to share their love of nature with others to explore. Something else fun is that October 16, 2017 was their first day of opening the zoo, so while I was there it was their second anniversary of taking over the zoo! Tara told me the story of how Rick and Sara went to purchase a sloth from the previous owners, who replied with, “Yes you may have the right to purchase the sloth, but you also have to purchase the zoo.”
The entire photoshoot days were filled with so much animal awesomeness.  I simply had no idea what to expect going into this shoot!  The silliest, most ironic part about the shoot is that there were monkeys EVERYWHERE at Park N’ Fly at the Fort Lauderdale Airport parking lot when I returned to my car after my flight home.  I’ve heard that there are monkeys at the Park N’ Fly airport, but in all my years of traveling and parking there, I’ve never seen them until now.  What appropriate timing to see them.  I laughed out loud, and really couldn’t stop laughing that of course, after spending time at a zoo photographing the animals, I would come home and be surrounded by monkeys.  It turns out they have quite a story:  https://www.sun-sentinel.com/local/broward/dania-beach/fl-dania-monkeys-20150821-story.html
What’s on your Bucket List?  Do you have a dream to go on an African Safari and have a professional photographer tag along to document your trip?? 🙂 I might know someone!
More #100BucketList Items!
#86:  Ride a camel in the desert
#87:  Interview George Miler who directed “The Man From Snowy River” and “The Never Ending Story II”  (https://en.wikipedia.org/wiki/George_T._Miller)
#88:  Direct a TV series or movie about animals in the wild
#89:  Interview a National Geographic Photographer for my #PeopleOf Sara Kauss Podcast
#90:  Go on a safari and photograph animals
#91:  Have a photograph on the cover of National Geographic Magazine